I’m a bit embarrassed to admit that before I was asked to read and review “Dark Days A Memoir” by D. Randall Blythe, I really didn’t know much about the author or his band, lamb of god (before you correct me, yes, he writes ‘lamb of god’ all lowercase).  Once I read his spectacularly well-written book, however, you can bet I made it my business to find out!  At any rate, the first thing I discovered as I read is that he is known to friends and fans as Randy, and his last name, Blythe, rhymes with “fly,” rather than being pronounced like “lithe”.  Randy’s writing style is so smart, such beautiful and interesting prose, I began to wonder who he may have used as a ghost-writer.  To my chagrin, a few chapters in, he dispels this idea by emphatically informing the reader that he did indeed write every word of the book, and fully intends to write more!  At this point I was intrigued and tore through the book reading like a demon, his story and the telling of it is that incredible!

Randy’s journey begins from the road where the band was on tour and had just flown from Norway to the Czech Republic.  He eagerly looked forward to having a rare “day off” in Prague.  Mr. Blythe is a rather gifted photographer, as I later delightedly found by following him on Instagram (highly recommend it!); but at the time the book describes, he was anticipating strolling the streets of scenic Prague and catching some shots of the incredible history and ambience.  All that dream went up in smoke when he was arrested before he was even able to deplane!  In his confusion and fear, he was made to understand by Czech authorities that he was being charged with the assault of a fan when lamb of god played Prague a couple of years prior, and that the fan had succumbed to his injuries after being thrown or knocked off the stage – and died!

We join Randy on his bizarre odyssey of being charged, incarcerated, and dealing with the horrifying realization that he may never be a rock musician – let alone a free man – again!  He takes us along with him in a most courageous and personal way, as he must grapple with the uncertainty of his fate while navigating life in a Czech Republic prison, where every aspect was so foreign it’s a wonder he was able to maintain his sanity.  Fortunately his inquisitive mind and newly found sobriety helped him cope.  As the days wore on, he was able to establish a camaraderie with his cell mates as well as privately deconstructing his situation; coming to the eventual unsettling acceptance that he may have had something to do with the death of the young fan since he had still been drinking at the time of that show.

Ultimately, he is able to find strength in the love and support of his wife, family, band mates and fans.  He is convinced that his sobriety was in no small part responsible for helping him reach a positive outcome in this excursion as well.  You will need to draw your own conclusions as to whether you agree… but I guarantee you will be enthralled with this man’s remarkable trek through hell and eventual redemption through legal and personal strength.  By the Epilogue, you’ll celebrate Randy’s triumph.  And if you’re like me, you’ll have fingers crossed that we soon see future tomes from D. Randall Blythe!

If you have ever even liked a heavy metal song… then you will enjoy this very well written, thoroughly entertaining book. But if you have ever been amongst a crowd of thousands of sweating, screaming metal fans, hands formed into devil horns and thrust skyward while banging your head to a bone-shatteringly loud band on stage – and you were in your “Happy Place”… then you should stop reading this immediately and run to your library, e-reader or whatever other delivery source of your choice and check out “Black Sabbath: Symptom of the Universe” by Mick Wall!
Mick knew the members of Black Sabbath from the early days, and worked as their publicist at the pinnacle of their success in the 1970’s. Thus he writes with the unique perspective of both a first-hand observer and participant in their personal and professional victories, failures and outrageous behavior throughout it all.

Black Sabbath started with the unlikely union of, in Ozzy’s own words, “four fucking dummies from Birmingham”. Tony Iommi, Terry “Geezer” Butler, Bill Ward and of course, the one and only Ozzy Osbourne. They initially formed a band more out of convenience than of any great affection for one another; and then proceeded to practically back into their fame. The music business at the time scoffed and criticized endlessly, comparing them unfavorably to everyone from Led Zeppelin to Jimi Hendrix. But to the local young outcasts and misfits, Black Sabbath became gods. They were loved, as Mr. Wall describes, as only kids can love.

From the sketchy fits and starts beginning of the band, Mick Wall takes the reader on a roller coaster journey that eventually finds Black Sabbath credited for inventing heavy metal music. From the roots of that first taste of massive success grew the beginnings of their eventual plunge into excess. Alcohol and cocaine-fueled outrageous behavior, while seemingly almost magical fun in the short-term, can eventually take a hefty toll on even the most robust of personalities. And most of the members were simply not equal to the challenges of the long-term absurdity.

Attempting to outrun their almost certain demise, they moved around, hoping new environs would provide the isolation they needed to renew their dedication to writing and recording. Tony Iommi, in particular, became almost obsessed with spending endless hours in the studio seeking perfection in every note, every lyric; but never quite finding it. This eventually splintered the foursome to the breaking point, and Ozzy found himself fired from what he essentially considered his band. Tony Iommi began working with Ronny James Dio and a new sound for Black Sabbath was crafted. It would not be long-lived. But Ronny James Dio is credited with one historically significant aspect of metal: {spoiler alert} he started the Italian-born tradition of flashing the extended index and pinky fingers, which was soon thought of as devil horns, and to this day is a common sight at rock shows and pretty much anything metal-related.

Of course Ozzy needed a new band if he was to continue his addictive life of a rock star, and through help from various friends and associates and a certain amount of just dumb luck, he happened upon various musicians that formed the Blizzard of Oz. One of these was a special favorite of mine, Randy Rhoads. For any of you who loved Randy as I did, Mr. Wall’s telling of this part of the story will be of particular interest. He describes in great detail the short-lived though incendiary music that formed from this union. And ends with the heart-breaking details of Randy Rhoads’ tragic and far-too-young departure from music and the world following the crash of a small plane he boarded for a quick spin with band seamstress Rachel Youngblood and band tour bus driver Andrew Aycock piloting.

Yes friends, if you have even a passing interest – and particularly if you have loved – Black Sabbath and the incredible ups and downs, twists and turns this legendary band has navigated over their many years (hammerheads, you know who you are!), the music they have managed to produce that has left its indelible mark on rock history, and the many fascinating members of the supporting cast in their amazing journey, you will love this book. Mick Wall’s writing is at once brilliant, wildly funny, informative and occasionally shocking. I promise you will not regret a moment of the time you spend reading this tome. And as Black Sabbath is currently embarking on their farewell “The End is Here” tour, reading this excellent book could not be more timely. 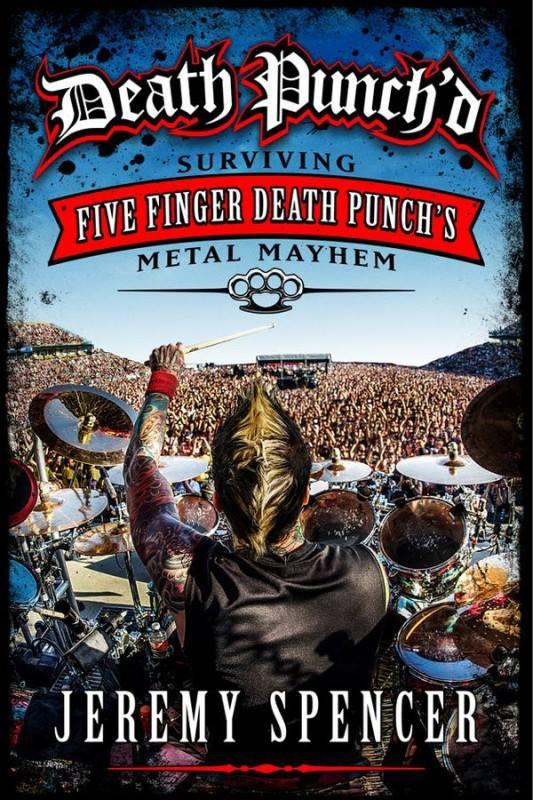 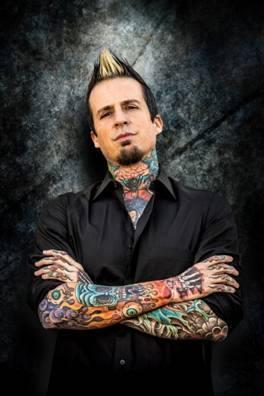 The highly anticipated autobiography Death Punch’d did not disappoint. Written by Jeremy Spencer (Heyde), drummer for the hugely successful metal band, Five Finger Death Punch, tells the story of a lifelong struggle with drugs and alcohol through the rocker’s eyes. Part metal scene exposé and part personal story, Spencer manages to work humor and humility into his mission toward redemption.

“Punch’d” grips readers immediately as the prologue describes the author’s near overdose, which later proves to be just one of many times he will ride the brink of death due to drug and alcohol addiction. The chapters toggle between his upbringing and early love of music, and the rise of his success with 5FDP. As the two stories meet up, a clear picture of how a talented and driven band can break apart. He does not use his book as a platform to simply regale his party days, because while describing his escapades, he calls himself out for anything from his inability to “get it up” as a result of his drug use, to stealing from his parents to support it.

No punches were pulled when it came to laying it all out on the table. Readers are not spared any of the gory details that go along with the substance abuse and promiscuity of a rock star, and there is plenty of it in “Punch’d”. Of course, fans want to read about the crazy, behind the stage antics of 5FDP, and Spencer revealed it all. To say that the band suffered its ups and downs is an understatement. Drug use, failure, and even success caused strife between band members and roadies.

Jeremy Spencer is charming and there is no doubt that, even though he can behave in ways that are at times off-putting, he still manages to read like a stand up guy. Perhaps where Spencer exposes his shortcomings the most is during his time with “Angel”. Of the many relationships the book delves into, this is perhaps the most volatile, and certainly Spencer’s longest-lasting. As a self described “sex fiend” when he drinks, it is no surprise that he was far from a faithful, but it seems he took most of his addiction and band strife out on her, which he detailed from beginning to end.

By the last page, the one question readers are left with is: Did music save his life? His love of family is evident, as is their willingness to help him through his trials, but ultimately it was heavy metal that saved him from the heavy metal lifestyle.