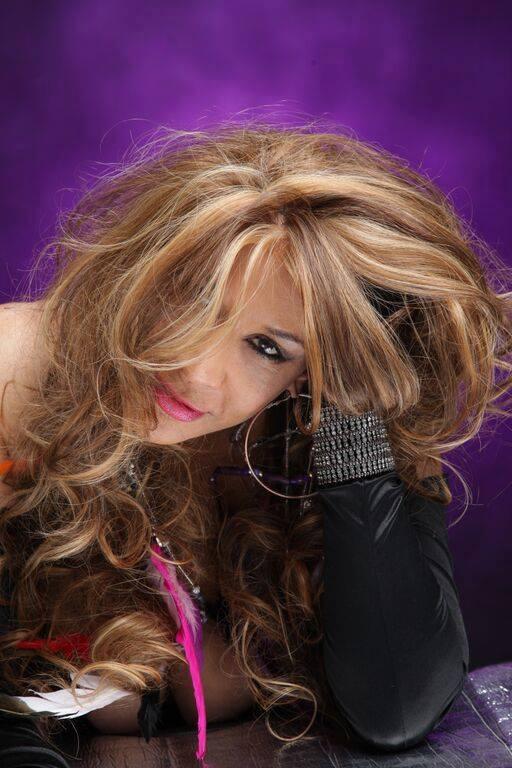 When I first met Veronica, we were going to be working together on a music internet project, I wasn’t sure how well it would go, two women with strong personalities, both forces to be reckoned with, both intelligent with vast experience in the music business, sounds like it could be a recipe for disaster. But as it turned out it was an instant recipe for comradery, mutual respect and friendship. Veronica was one of the inspirations (though she may not know) that gave me the idea to create FeMetal TV. Her support while FeMetal TV was created and launched was unwavering. So it only seems fitting that she should be the first woman honored on the FeMetal TV Honor Roll.

After having been in Malady for over a decade with Pete Wells, both Veronica and Pete formed Benedictum in 2005. Their first demo was produced by Jeff Pilson of Dokken in coordination with Craig Goldy from Dio; this demo landed them their first record deal with Locomotive Records out of Spain. In 2006 Benedictum’s first album UnCreation was released, again produced by Jeff Pilson with Tommy Henriksen of Warlock. Both Jimmy Bain and Craig Goldy of Rainbow and Dio were guests on the album. Seasons of Tragedy released in 2008, also continued the collaboration of Jeff Pilson with Benedictum, this album had a guest appearance by George lynch of Dokken. Veronica received RAVE reviews for her vocal work on this album. Perhaps this was the commencement of her becoming the strong female vocal contender, she is today in the realm of Metal Music. The media was beginning to “recognize” the artist known as Veronica Freeman (The V), impressions were being made, music critics were mentioning her name in the same sentences as legendary greats like Grace Slick and remarking of the similarities between the two vocalists. 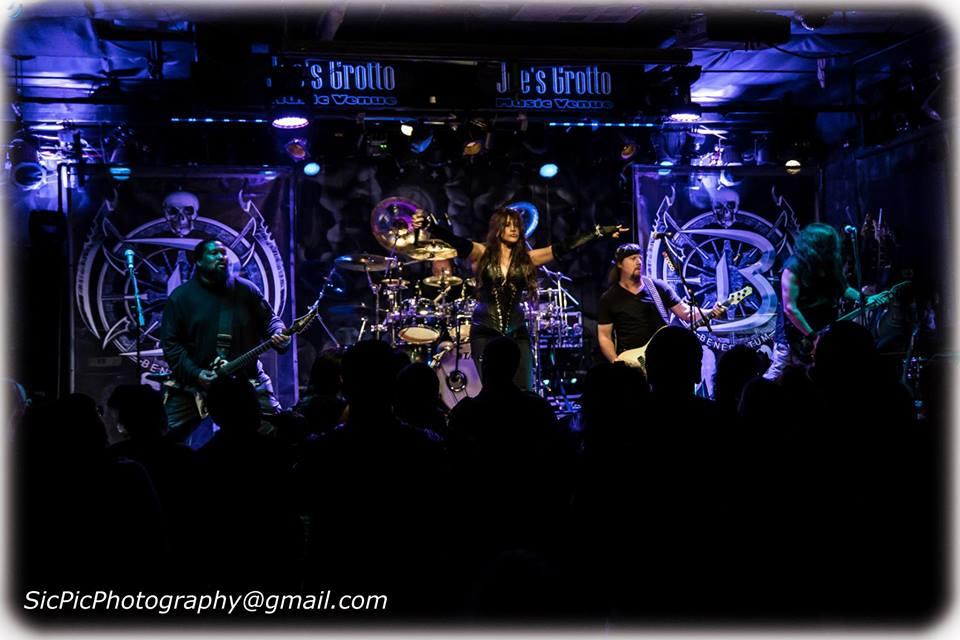 Benedictum’s third album Dominion in 2011 was wrought with issues during conception, most notably the complete overhaul of the band line up leaving only Pete Wells and Veronica remaining when all was said and done. It was also during this time that Benedictum moved from Locomotive records based in Spain to Frontier records based in Italy. Even with all the hurdles that surrounded Dominion, the album did also have its share of guest appearances Craig Goldy and Jeff Pilson again; however Mr. Pilson did not produce the album this time, leaving bassist Rudy Sarzo to be the newest guest musician on a Benedictum album.

Released in 2013 Obey, probably the most fitting title of a Benedictum album considering the monumental fan base has taken to calling Veronica Mistress V. The magnitude of the” cult” fan following that has come to adore Veronica –Mistress V is quite astounding and literally spans globally. Since Dominion, Benedictum added new additions drummer Rikard Stjernquist and bass player Aric Avina. Unquestionably this is the best musical line-up of Benedictum to date. Following on the heels of Obeys success both in the United States and in Europe, Veronica felt it was time to explore a different musical path, not leave Benedictum, but to create and release a solo album. Coincidentally all members of Benedictum are featured on the solo album Now or Never, along with an array of other notable musicians: Michael Sweet (Stryper), Mike Lepond (Symphony X), Tony Martin (Black Sabbath), and Jimmy Durkin (Dark Angel), just to name drop a few.

Now or Never is a project of love….. The love of music…. The love of collaboration amongst many artists….The love of being creative…..the love of coming together for one common project, Veronica’s solo album. 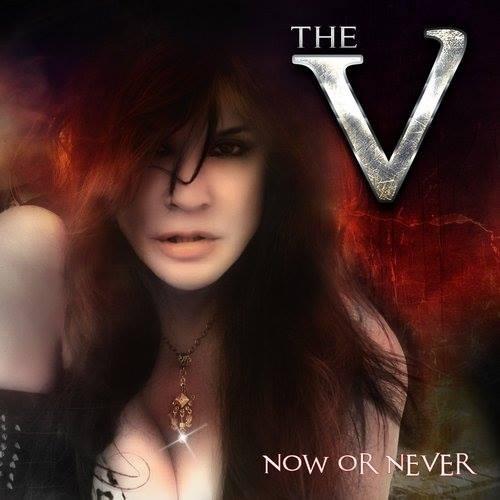 We were initially teased with a small piece of 3 tracks on the album: you can now purchase the album in its entirety. Again…This track presents to you the smooth sultry vocals that Veronica keeps hidden while singing with Benedictum. A rock love song also has some kick ass “crystal clear as a bell” rock guitar solos.

Now or Never …. Starts out with some nice melodic guitar work, paired with a lower rougher, raunchier, powerful vocal style from Veronica…..you can tell the woman in this song has that tough exterior, she doesn’t take any shit and she can take or leave you at her discretion.

King for a Day…. My absolute favorite song on the CD so far….the vocals on this song are soulful and bluesy…. Just hearing this song gave me that Ray Gillen feeling (Voodoo Highway), phenomenal vocals on this track.

Veronica is a tigress, with the heart of a kitten. Make no mistake she is truly a force to be reckoned with, creatively, musically and in all aspects of her career. She pulls no punches and has no problem with putting in hard work to achieve her goals, she is not afraid to stand her ground, speak her mind, and firmly defend what she believes to be right/ fair. If she believes in you she will stand with you in the face of adversity and never waiver, loyalty for her is like breathing, it just comes naturally. While Veronica does have a HUGE presence in public and fiercely strong demeanor when being the front woman for a heavy metal band, she also is compassionate, fair minded, silly at times and simply put genuine.

Veronica Freeman is the real deal…and you can check her out at Veronicafreeman.com, we here at FeMetal TV highly recommend you do and add Now or Never to your CD collection as quickly as possible.