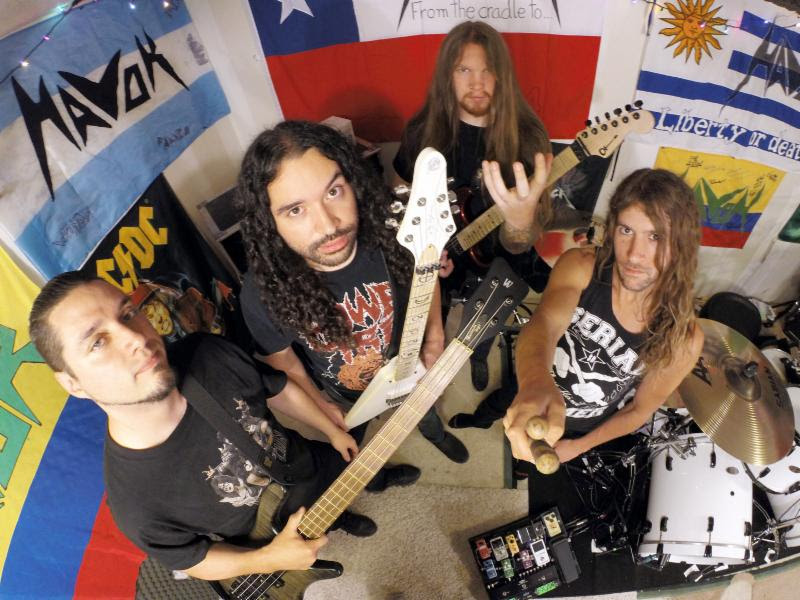 Denver, Colorado thrash maniacs HAVOK have announced the addition of bassist Nick Schendzielos (Job For A Cowboy, Cephalic Carnage) after parting ways with Mike Leon. Leon, who spent two years with HAVOK and appeared on the band’s 2013 release
Unnatural Selection, will be joining metal icons SOULFLY on their upcoming North American tour. HAVOK vocalist/guitarist David Sanchez comments on Mike’s departure,”Mike is an amazing musician and rock-solid performer! I would like to thank him for lending his talent to the band for two years. I will always love the music he writes and appreciate his abilities.”

The newly indoctrinated Schendzielos will record bass on HAVOK’s upcoming fourth studio album and take part in the band’s upcoming North American headlining tour. The bassist said this about joining the band, “I’m incredibly excited to be working with Havok. Been friends with the dudes forever, always have a blast with ’em, and now I get to thrash with ’em! I have big shoes to fill…Mike is a really, really solid player, but I think my playing style will mix in really well and fans will dig it. The new music is by far the coolest Havok I’ve ever heard. Can’t wait to release it!”

“Nick’s skills are documented, go check it out yourselves. He’s a guy that’s well respected amongst our peers and loved by his friends and band mates. It was an obvious choice to get him for the record and upcoming tour,” said lead guitarist Reece Scruggs of his new bandmate.

With work on the new album, their first on Century Media Records, nearing completion, HAVOK is gearing up for a massive North American headlining tour. The month long trek will see HAVOK performing material off the as-of-yet-untitled album so fans will get an early preview of what promises to be the band’s most intense effort to date. HAVOK will be joined by a rotating lineup of support acts, which include BLACK BREATH, WITCHAVEN, PSYCHOSOMATIC, BLACK FAST and EXTINCTION A.D. David Sanchez comments, “This tour is full of neck-wreckers and we’re proud to have such heavy bands sharing the road with us. Every band on this tour absolutely kills live. For fans of real metal, this tour is not to be missed.” 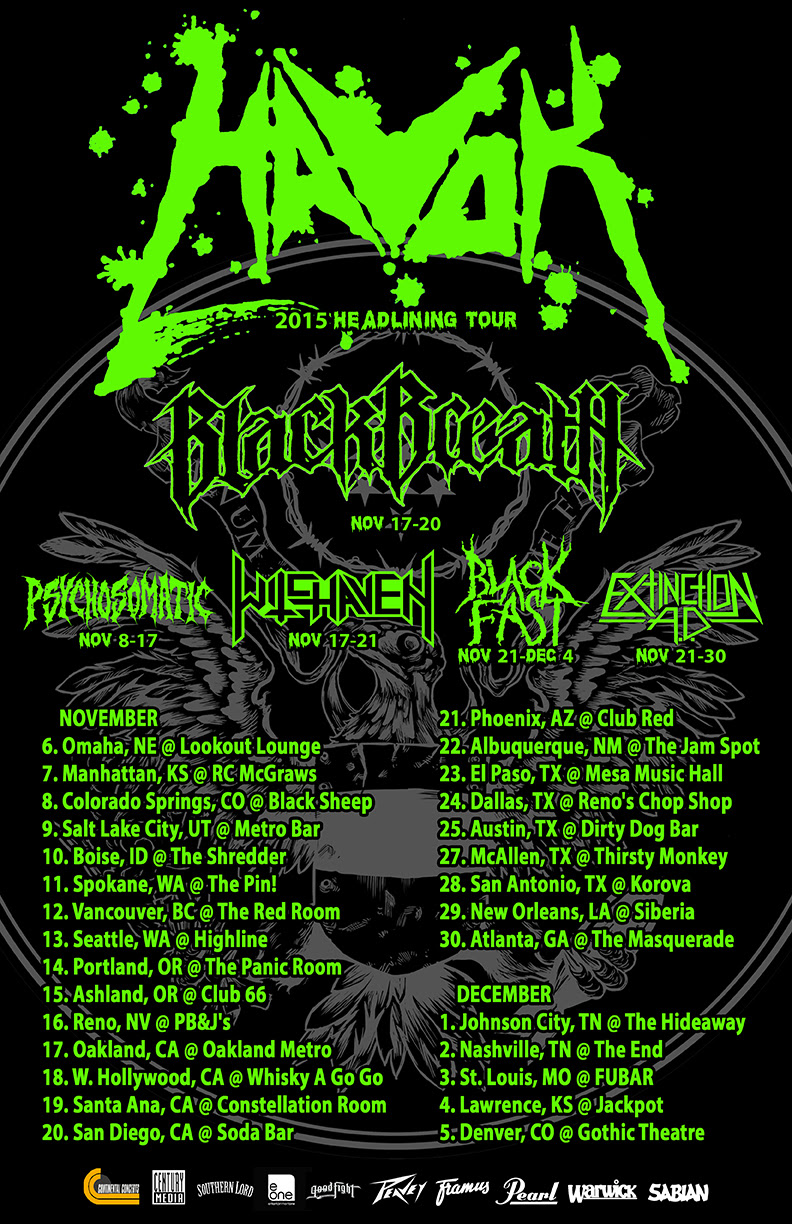