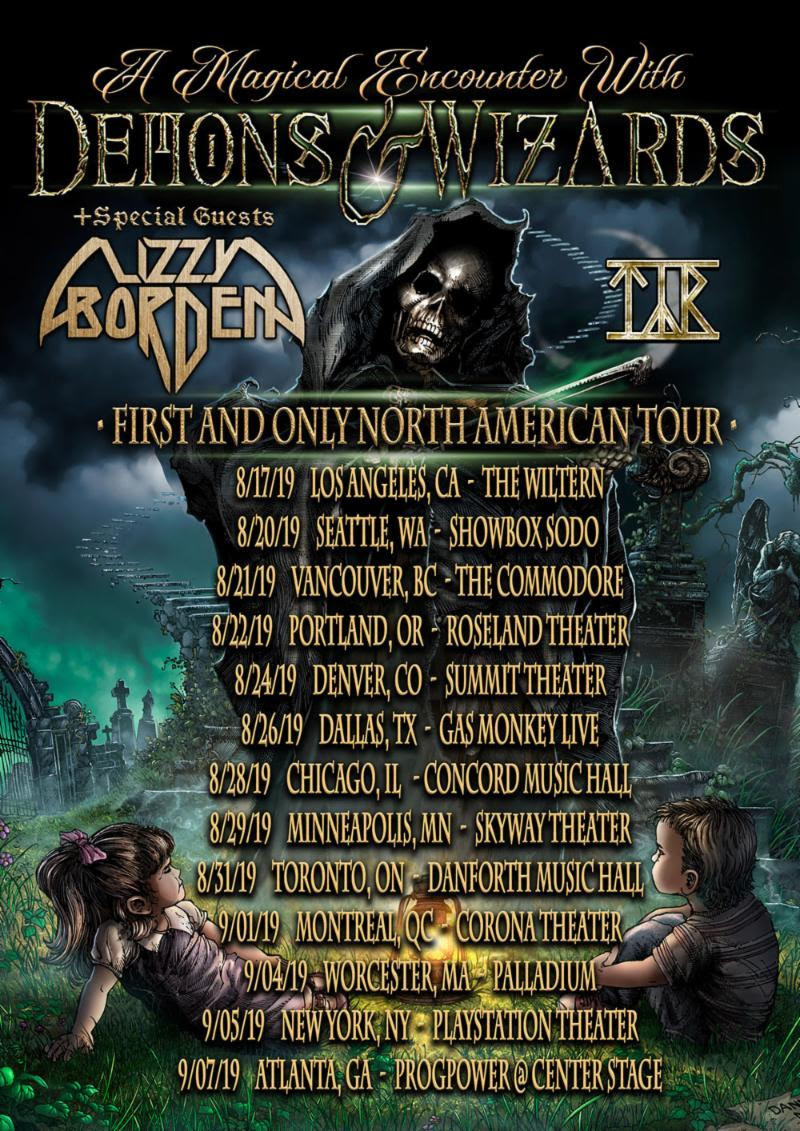 LIZZY BORDEN will support power metal veterans Demons & Wizards on a North American tour this summer. Set to commence on August 17th in Los Angeles California, the trek will wind its way through twelve cities and come to a close September 5th in New York City. Additional support will be provided by folk metal labelmates Týr. See all confirmed dates below.

LIZZY BORDEN released his latest album, My Midnight Things, last year via Metal Blade Records. His first full-length in over a decade, the record earned the #11 spot on Billboard’s Top New Artist Albums, #17 on the Current Hard Music Albums, #43 on Top New Artist Albums Consumption, #46 on Independent Current Albums, and #148 on Top 200 Current Albums upon its first week of release.

“BORDEN paints a ten-song art gallery show and lets the listener decide what he or she sees on the canvas.” — Alternative Revolt Magazine

“…a bold and shifty glitter rock album with roots dug from seventies rock and moody goth-pop from which HIM staked its massive career upon.” — 8/10 Blabbermouth

“…this is all about glitz, entertainment, and a thunderous sense of melody.” — Louder Sound

“Catchy riffs and melodies that are sure to be trapped inside your head, bouncing around your skull for days to come.” — PureGrainAudio

“The resulting creation yielded what is arguably the strongest vocal performance of BORDEN’s career.” — Royal Flush